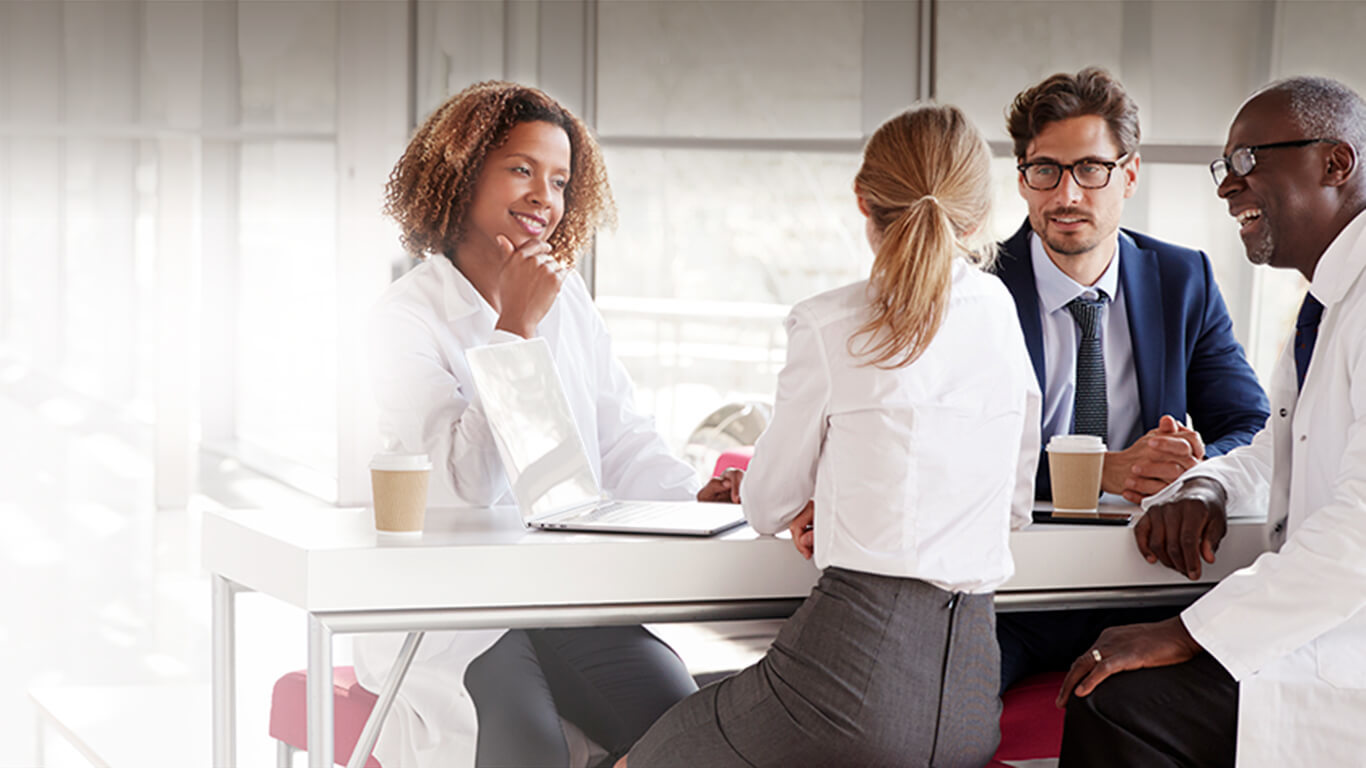 The National Guardian’s Annual Report 2020, which was laid before Parliament recently, shows there is clear evidence that a strong Freedom to Speak Up culture at all levels of healthcare has substantial benefits.
Workers who may not have been heard otherwise have been encouraged to speak up through the creation of a network of over 600 Freedom to Speak Up Guardians who have treated over 35,000 cases.
The report noted there is still much more to be done, and still need to build on what we've learned over the last five years to help us make even more progress. This would necessitate the participation of all organisations.
The National Guardian have made over a hundred recommendations based on case studies. Steven Pink, CEO of SELDOC Healthcare, contributed to this case study; see SELDOC’s case study here .
Steven Pink, CEO of SELDOC quoted “Ultimately, the process has given us an opportunity to show both employees and customers that they shouldn’t be afraid to say what they want. Some people are more comfortable speaking up than others, so it’s important we continue to encourage people to speak up using one of the now multiple points of contact”
Posters like the one below have been placed in all sites used by staff reminding and informing them that there is someone to talk to if they have concerns. 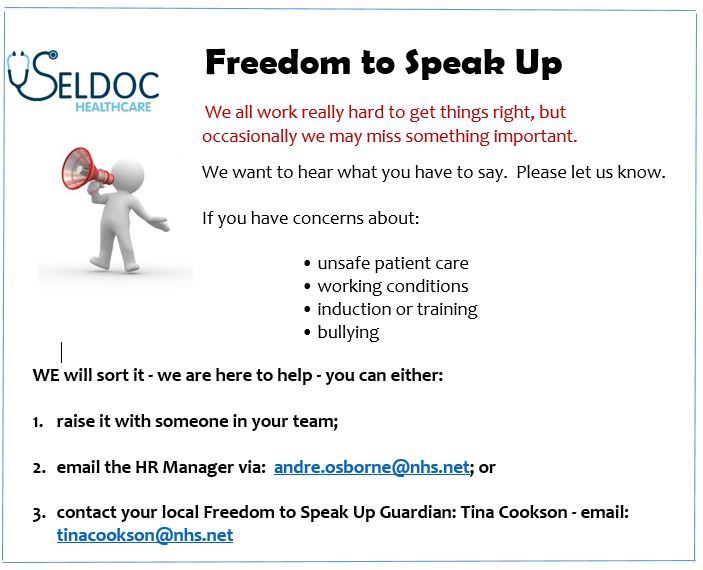 Great progress can be made when leaders listen and take action when people speak up. When they become defensive or victimise workers who speak up, it chills the environment, putting patients and employees at risk. It is critical to keep patients safe.
During the pandemic, speaking up has never been more important, but some workers who feared for their safety reported being let down by leaders who did not listen. The majority of cases involve a problem or issue where things aren't going as well as they should be. As a result, it's critical that leaders not only address the issue at hand, but also apply what they've learned throughout their entire organisation.
They can only hope to fully embed the knowledge gained if they take action. The healthcare industry will face increased pressures over the next five years. Leaders in the NHS must listen to our colleagues' thoughts and concerns in order to deliver on the People Plan. You can see the full report which will be a driving force for change. HERE.
Thank you for taking a moment to read this information. We hope you found it interesting. We would love to hear from you if you are interested in what we do and would like to find out a little more. With very best wishes from the SELDOC Team
Tagged as: freedom to speak up safely, national guardian, SELDOC Healthcare
Share this post: